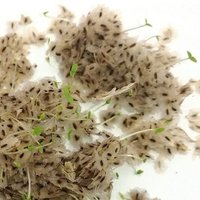 The original  "Paulownia Tomentosa" is certainly considered invasive in many places around the globe.

The other 15 species do NOT have the predicate of being invasive.

And the hybrid varieties are infertile (unfertilized) and can only be propagated from seeds, grown "in vitro" in test tubes in plant laboratories.

Paulownia seeds can be carried extremely far by the wind, but they require a minimum humidity of 90% and a constant temperature of 26 degrees C over 2 weeks to germinate, whereas seeds from

P. Tomentosa only requires an average temperature of about 15 degrees C over 2 weeks to germinate.

THEREFORE, unfortunately, this misconception has been given that hybrid Paulownia should be invasive.

Strangely enough, back in 1996 the EU allowed Paulownia Tomentosa for horticulture, and from here it has been allowed to spread unchecked in Southern Europe, where it is now on the "grey list" and under surveillance.

It has not been established at any time that P. Tomentosa has shown itself to be self-sowing north of Cologne in Germany.

Likewise, it has not been established at any time that the other species and the many hybrid varieties have proved invasive.

It is therefore important to distinguish between the many "nursing home stories" that abound on the internet in contrast to scientific theses and facts. 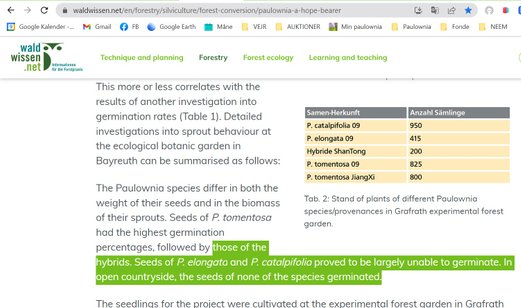 From the German Forest Institute